DRONE TECHNOLOGY FEATURED ON THIS MORNING'S MY PERSPECTIVE INTERNET RADIO

I will be on the air this morning, God willing, from 10 a.m. (Eastern time) to noon.  That translates from 7 a.m. Pacific time to 9 a.m. there.  Tom McMillin is a long time activist in the State of Michigan.  He is also a Certified Public Accountant (CPA) by profession.  You may view his bio and credentials by clicking here.

Tom McMillin will be joining me on the air from 10:30 Michigan time to 10:45 to discuss his concerns and his Michigan legislature bill to regulate the drone technology.  We need to listen carefully and consider what we can personally do to support him.  We also need to support and applaud watchers and warners such as United States Senator (R-Kentucky) Rand Paul.  People in government such as Tom McMillin, Rand Paul and so many others are prolonging our privacies and freedoms from governmental and private agency "snoopervision" (my coined word!)

Headlines in the Detroit Free Press Thursday morning read:  "As Drone use grows, so do privacy concerns."  The story said, inter alia, that Tom McMillin was introducing legislation in Michigan to protect us.  Senator Rand Paul did a protracted filibuster in the United States Congress, 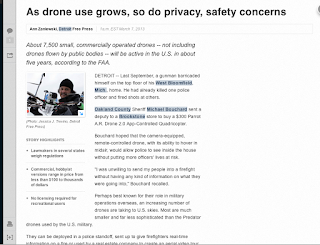 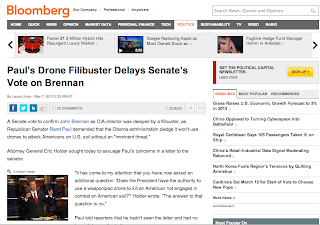 With drone technology and the impending "internet of everything," it is no longer difficult to see how the Daniel / Revelation prophecies together with Jesus' warning in Matthew, Mark, and Luke of believers being hounded, chased, and destroyed could be possibly fulfilled.

Tom McMillin will be joining me on the air from 10:30 Michigan time to 10:45 to discuss his concerns about the drone technology and how we can support his aims as well as those of the other watchers and warners such as Rand Paul in prolonging our privacies and freedoms from governmental and private agency "snoopervision" (my coined word!) 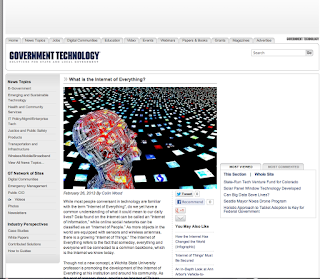 Please join us.  In the second hour, author Lee Penn and I will be discussing both the drone technology which he has also followed as the continued saga of the Vatican elections, including the extreme corruption allegations which aired on Brian Williams' NBC Friday night hour long news program.

You can access the program, listen, and participate by going to www. themicroeffect.com and/or www.TMEradio.com.

CONSTANCE
Posted by Constance Cumbey at 5:34 AM

We are having one fascinating show today. Cliff Kincaid called in. We just finished with State Representative McMillin!

JOIN US -- Joe will probably rerun if you missed it.

I appreciate your work Constance!
I cannot figure out how to start listening to your show on either web site....ugh
William

I don't know if this list would be helpful, but here it is.

The description is a spreadsheet of ELITE resignations, arrests, and retirements. There are details of elite leaders leaving their posts. The number is at about 1000 right now. It will be updated anonymously.

Great vacation might be your dream. Travel to Bali is not always expensive as there are many international flights providing special rates for early bird booking. There are also many selection of Bali hotels offering special discount rates including Bali villas and budget Bali accommodation