I started observing and reporting locally on the New Age Movement in early spring of 1981.  During that same year, I discovered in my fast growing library of evidence, Benjamin Creme's book THE REAPPEARANCE OF THE CHRIST.   His appendix had a notable section on "How the Plan is Working Out."  "The Plan" was working out in the form of the developments I had been monitoring for the past several months of that year.  I carefully read and hand annotated that book.  When I lost it after coming from court in St. Clair Shores  in early fall of 1981, I closed my office early on Friday night to make a trip to the same vendor, Mayflower Books, owned by Detroit area New Age / Theosophical Society activist Robert Thibodeau.  I went in and asked manager John Barnwell for that book.  By then they were well acquainted with my work and opinion of their "metaphysical movement."  He said, "no, Constance, sorry, we're all sold out."  He then smiled and handed me a flyer while saying, "You can come hear him in person, Unity is bringing him to town."  I then proceeded to the other local New Age bookstore located in Sterling Heights, Michigan, MIDDLE EARTH BOOKS.  There I purchased it together with THE OCCULT AND THE THIRD REICH by Jean-Michel Angebert.  The rest is probably by now classified as history.

The infamous worldwide ads proclaiming THE CHRIST IS NOW HERE ran April 25, 1982.  Ten days later, "the movement" was equally surprised by a page and a half picture story the DETROIT FREE PRESS ran on my work.  The author was Detroit reporter Ruth Seymour who had formerly reported favorably on the New Age Movement but experienced to the unhappiness of the local New Age community her own reverse "Paradigm Shift."

I just found the original glossy of the Free Press photo which a subsequent Detroit Free Press editor conversant with my work chose to bequeath to me.  I have scanned it and post it here for any historical interest it may satisfy and/or generate.  Various New Age artifacts are in the picture.  I am happy to report that I still have the "kitty" sweater I am shown wearing there and moreover it still fits!

Render to Caesar what is Caesar's and what is God's, render to God

Some of my Detroit - Pontiac, Michigan area friends have not been sitting silent on the Obama administration demand that there be no "conscience exemption" from providing contraception services to employees.  Catholics and many Evangelicals have strong religious convictions against providing such.  The Pontiac, Michigan area priest is St. Damien of Molokai Pastor James Kean.  Many Detroit area Christians gathered at the McNamara Federal Building a week ago last Friday to sound their protest and I found this up on Youtube.  I thought some of you would enjoy this, including but not limited to "Catherine" and "Suzanne" both Catholic participants on this forum.


Enjoy and comment on this.  The Youtube address may be directly linked by clicking here.  Many in this audience have followed my work against the New Age Movement since its earliest days in the early 1980's.

CONSTANCE
Posted by Constance Cumbey at 12:33 AM 57 comments: 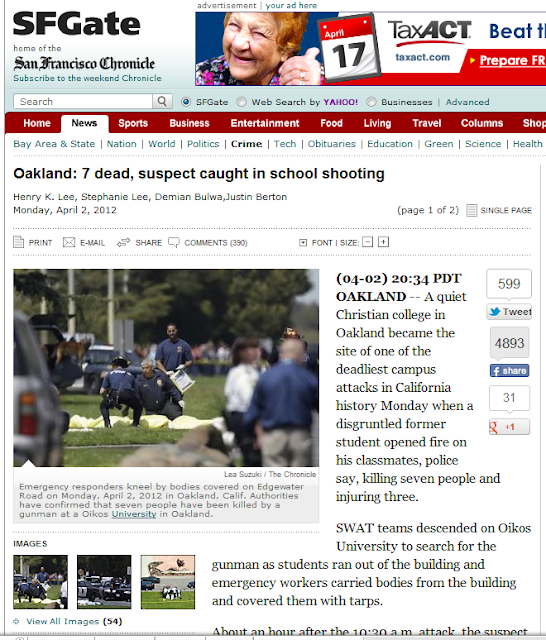 CONSTANCE
Posted by Constance Cumbey at 12:45 AM 20 comments: