Last month New Age visionary Barbara Marx Hubbard died. She was commonly called the “mother of conscious evolution” by the other New Age visionaries. Hubbard became an advocate for the New Age after having a mystical experience where she found herself outside of her body in outer space looking upon the earth. She described that experience as having seen Earth’s spinal cord.  Hubbard claims to have witnessed this central nervous system emitting impulses which served to connect together a collective consciousness for common humanity; a new species for a new civilization. Hubbard’s vision included a spiral having a triple six running right through it. 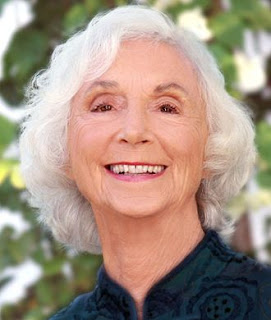 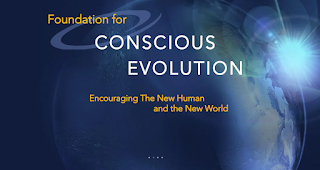 The basis of Hubbard’s writings was from works she channeled called The Book of Co-Creation, an Evolutionary Interpretation of the New Testament. Those writings may more accurately be described as a revolutionary interpretation as she writes of a plan for genocide.  According to Hubbard, one-half of the earth’s population – those who do not adhere to the New Age mindset – must be eliminated before the New Age can materialize. Hubbard’s road to enlightenment sets people on a path towards the acceptance of a new world religion and a New Age Christ.  That christ is not Jesus.
Hubbard clashed with the Vatican’s doctrine of faith when the Leadership Conference of Women Religious (LCWR) scheduled her as the keynote speaker which organizers later explained was to teach tolerance to participants. Cardinal Muller’s doctrinal assessment was spot on as he pointed out Hubbard’s vision is nothing new but rooted in the ancient mystery religions. In ancient times Hubbard would have been called a prophet of Baal. Per Cardinal Muller:
The "fundamental theses of conscious evolution are opposed to Christian revelation and, when taken unreflectively, lead almost necessarily to fundamental errors regarding the omnipotence of God, the incarnation of Christ, the reality of original sin, the necessity of salvation and the definitive nature of the salvific action of Christ in the paschal mystery. . . I do not think I overstate the point when I say that the futuristic ideas advanced by the proponents of Conscious Evolution are not actually new.”
As Hubbard is now gone her work will continue to be advanced through multiple political constituencies. Conscious evolution permeates through the workings of the New Age Evolutionary Leadership Network visible in the writings of Neale Donald Walsch, Deepak Chopra, Marianne Williamson, et. al. The doctrine also has been accepted by much of the evangelical right via Hubbard’s longtime friend Paul Temple affiliated with the Washington Fellowship Foundation  and the Institute of Noetic Sciences.
Hubbard’s death is disturbing for multiple reasons.  I sincerely hope she experienced a last-minute conversion. The book of Revelation contains a very specific warning for anyone who would add or take away from the words therein for all the plagues contained in the book would be added unto them. Hubbard Book of Co-Creation most definitely added to those words. But it is what it is.  I know for certain two women at different times had given Hubbard fair warnings.

To all: I have invited Richard to share some of the research that we have been discussing the past few years on NATO, the European army and where it is heading. In the meantime, I am sharing with you something here that I found in my personal library about where I have long suspected the "New Age" and related developments are headed, inter alia, Earth worship. Lurking in my library was this 1994 HarperCollins SanFrancisco book CYBERIA by Douglas Rushkoff. On page 5, I found the following material of relevance and interest.

I have long suspected that the prophesied "worship of the Beast and his Image" could include as a necessary component worship of the Earth itself. Here is earlier New Age material reflecting that New Age predecessors of the younger ones here now were headed very intentionally just that way. From Douglas Rushkoff's 1994 CYBERIA (HarperCollins 1994, page 5):

Cyberians interpret the development of the datasphere as the hardwiring of a global brain. This is to be the final stage in the development of "Gaia," the living being that is the Earth, for which humans serve as the neurons. As computer programmers and psychedelic warriors together realize that "all is one," a common belief emerges that the evolution of humanity has been a willful progression
toward the construction of Cyberia, the next dimensional
home for consciousness.

This past week the NATO alliance observed its 70th anniversary. Reportedly attendance was downgraded from heads of state to that of foreign ministers as the EU and US continue to clash over the alliance’s direction. Europe places blame entirely upon President Trump’s “bull in the china shop” demeanor as European leadership questions the United States’ commitment to the continent’s security.

While it is true the president’s language is often antagonistic towards our NATO allies many of these current tensions long predate this Administration. Most notably the Clinton Administration wrestled with Europe’s development of strategic autonomy early in Y2K as the ten-nation military alliance of the Western European Union (WEU) developed Europe’s security policy, a framework which would later be transferred to the Union. Today’s EU leaders, in particular France’s Macron and Germany’s Merkel, have widened the rift with renewed calls for the “emancipation” of Europe from the United States. US foreign policy concerns remains consistent that European strategic autonomy would most likely result in the alienation of the US, a concern recognized by NATO during the development of EU security policy.

“The Leaders of European integration – France and Germany – already do not exclude now the possibility of creation in the nearest future on the EU basis a real confederation – a sort of the United States of Europe. Besides the EU has a definite basis for that in the form of Common legislative and executive authorities (Europarlament, Eurocouncil and Eurocommission). And since 1999 Customs and Currency unions were added by common currency-euro and the decision to form European quick reaction force, autonomous from NATO. All these events make such “dreams” a reality.”

“The Americans as a whole refuse to take Europe as a collective member of NATO though the Europeans argue that they have parliament, common currency and will have their own Armed Forces and so on – why not the only US partner united by common principles of administrations. But in future the Americans would have to take this into consideration. The United Europe with its own armed forces would turn some times into an independent center of force not dependent on the US dictate. And this in its turn will bring to the weakening of NATO and even to the alliance’s disunity. Then the USA could lose control over Europe.”

“Americans who are truly committed to the idea of a Europe “whole and free” should realize that NATO is no longer the main spinal cord of the European project; the European Union is.”

The Brookings piece mentions the European offense taken with Trump’s statement related to the erosion of national sovereignties:

“nothing can replace the nation-state as a guarantor of democratic freedoms and national interests”.

They apparently see this as an attack upon multilateralism; that it is an “indictment of the EU’s very existence”. And it is true, each EU member state is required to yield its sovereignty which, consequently, has resulted in complaints of a democratic deficit which exists within the Union. Such criticisms are reckoned to be Euroscepticism and nationalism, both threats to the Union. Through regional integrations Europe envisions its model to be adopted globally. As the UK is well aware, once the ink dries such entanglements are virtually impossible to unravel.

The purpose of European integration was to end bloody conflict which had plagued the continent and twice drawn the world into war. The experiment is still relatively young, yet Europe anticipates it will globally govern the emerging geopolitical order; one of realigned trade blocs. Significant warning signals exist which suggest Europe may not have abandoned its habitual past. To name a few:

• The EU’s power lies primarily in the Lisbon Treaty a military constitution.
• The EU parliament’s role is primarily consultative. It is the only parliament in the world which cannot introduce legislation.
• Member states through the enhanced co-operation mechanism may form Core Defence Groups and conduct missions which cannot be vetoed by other member states which choose not to participate in said military expedition.
• The unusual concentration of power (especially military) given the High Representative.
• The parliament has no authority over military matters.

The EU recognizes it has become an economic and, soon to be, military superpower. The Union as a “power multiplier”, in 2017, activated the Lisbon Treaty’s Permanent Structured Co-operation (PESCO) instrument thus beginning the consolidation process of member states’ military assets. Critics scoff at the prospect of a militarized EU. They do so at their own peril. The EU states’ combined militaries make the bloc the second largest military in the world next to China’s. EU military strategists argue Europe doesn’t lack capabilities; it is the lack of political will which has subdued the realization of a common military. But times are changing.

President Trump is not the only bull in the china shop. French President Macron is one of the most vocal advocates of the European common military asserting it may be necessary to combat hostile powers such as the United States and China. Macron says this notwithstanding Europe’s future reliance upon NATO as an equalizing balance against China. The EU-China relationship also serves as a means of equalization against the United States.

Prior US Administrations have cautiously courted the European Security and Defence Policy. Secretary of State Madeline Albright instructed the Europeans that continued alliance with the United States was contingent upon European security policy adhering to these specific rules, i.e., the three Ds:

1) No De-linking or decoupling (separable but not separate).
2) No Discrimination against NATO countries who are not EU members.
3) No Duplication.

In return the United States agreed to the Berlin-Plus arrangements: the release of NATO assets to Europe should they engage in a military mission of which other allied powers shared no strategic interest. European strategic autonomy became such a sore spot that US Defence Secretary Cohen threatened the obsolescence of NATO should Europe continue to disregard any of the three D rules.

As PESCO strengthens and as the United States retreats from the world stage, I expect we shall see an emboldened European Union compete for NATO’s control. As our late friend Herb Peters used to say…stay tuned.
Posted by Constance Cumbey at 1:23 AM 233 comments: