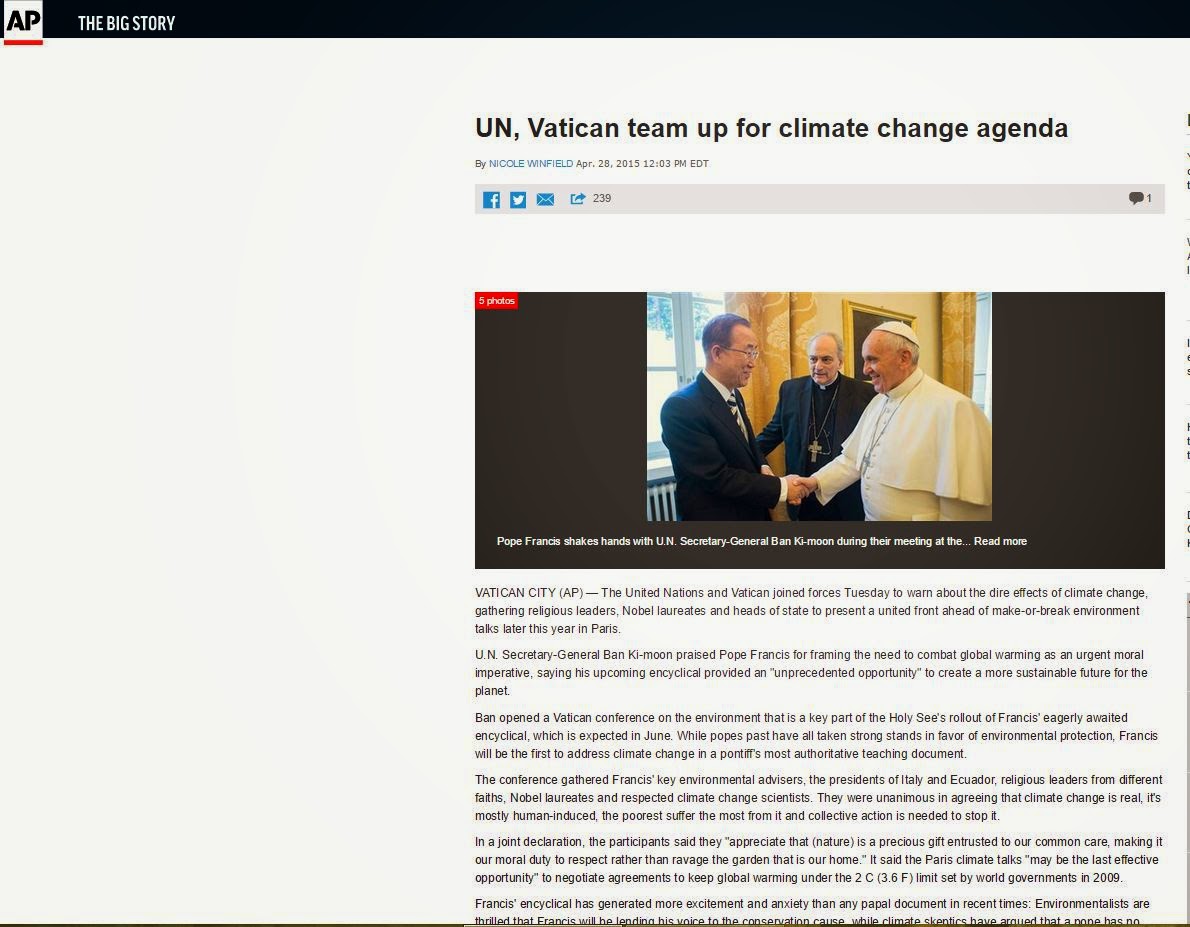 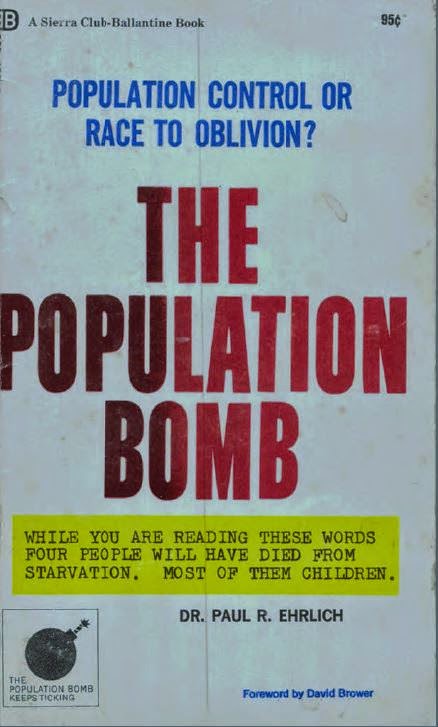 Here are quotes and page numbers from that book to help him.  For the record, it was from the mass market edition:

In these largely Catholic countries politicians have generally been far behind those of India in recognizing the root of their problems in overpopulation. P. 41.

Turning to Colombia, we find an almost entirely Catholic country with a doubling time of 22 years. Death control did not reach Colombia until after World W.ar II. Before it arrived, a woman could expect to have two or three children survive to reproductive age if she went through ten pregnancies. Now, in spite of malnutrition, medical technology keeps seven or eight alive. P, 42

All these are hopeful signs, but unhappily the Church hierarchy and certain conservative Catholic groups are still hard at work to raise the death rate by fighting effective moves to lower the birth rate. It takes a great deal of patience for a biologist familiar with the miseries of overpopulation to read through documents that represent the views of even "enlightened" Catholics.  P. 144

Basically, I think the Catholic situation is much more amenable to solution than that associated with our current views of economics. The winds of change are clearly blowing in religion -blowing too late, perhaps, but blowing. P. 148

True, we must bring pressure to bear on the Pope in hope of getting a reversal of the Church's position.  Probably the best way is to support those American Catholics who already realize that opposition to birth control is automatically support for increased misery and death. If such a reversal can be obtained, mankind's chances for survival will improve somewhat, and millions upon millions of Catholics will be able to lead better lives. But the population problem will not be "solved."  P, 147

Biologists must promote understanding of the facts . of reproductive biology which relate to matters of abortion and contraception. They must do more than simply reiterate the facts of population dynamics. They must point out the biological absurdity of equating a zygote (the cell created by joining of sperm and egg) or fetus (unborn child) with a human being.  P. 147

Finally, if you are a Catholic, you should let your Church know that you strongly disapprove of its policies on birth control. You can withdraw your financial support from the diocese and channel it into liberal Catholic causes. Remember that any organized religion is also a political organization and therefore responsive to grassroots pressure. The Church has survived for almost two millenia by adjusting, under pressure, to the times. You can help it survive by pressuring it to change.  P, 181


Also, and even worse, Paul and Anne Ehrlich gave their scenario for a cheerful 1974 in that 1968 book:

SCENARIO III. In 1974 the United States government finally realizes that the food-population balance in much of Asia, Africa, and South America is such that most areas cannot attain self-sufficiency. American expeditionary forces are withdrawn from Vietnam and Thailand, and the United States announces it will no longer send food to India, Egypt, and some other countries which it considers beyond hope. A moderate food rationing program is instituted in the United States. It further announces that food production in the United States will be increased only so long as the increase can be accomplished without damage to the environment of the North American continent. Pope Pius XIll, yielding to pressure from enlightened Catholics, announces that all good Catholics have a responsibility to drastically restrict their reproductive activities. He gives his blessing to abortion and all methods of contraception.  Several cheap, long-term anticonception drugs are developed and made available for wide distribution.  PAGE 78

Well, it's a tough question, but somebody's got to ask it.  Did Paul Ehrlich, Anne Ehrlich, John P. Holdren, Maurice Strong, and the rest of their cohorts get what they wanted back in the 60s as their then "Impossible Dream" with this now Pope Francis?

May the Lord help us all.  Let your priest and bishop know.  Tweet the Vatican.  Tell them "you don't like it and you don't think God likes it either!"

Deeply disappointed over Papal actions this past week

Sadly, it appears that Barbara Marx Hubbard's faction of American nuns may have won this war as it is now reported that the Vatican investigation of American nuns has ended with an "olive branch" toward them and no disciplinary action nor even strong disapproval voiced towards past obvious anti-Christ, anti-God the Father statements made by them.   You might want to reread my stories on "Little Sisters of the New World Religion."  Sadly it appears that too many of the American nuns have gone that direction.  It is further obvious that times will be much more difficult for faithful American nuns truly keeping the faith of their fathers. 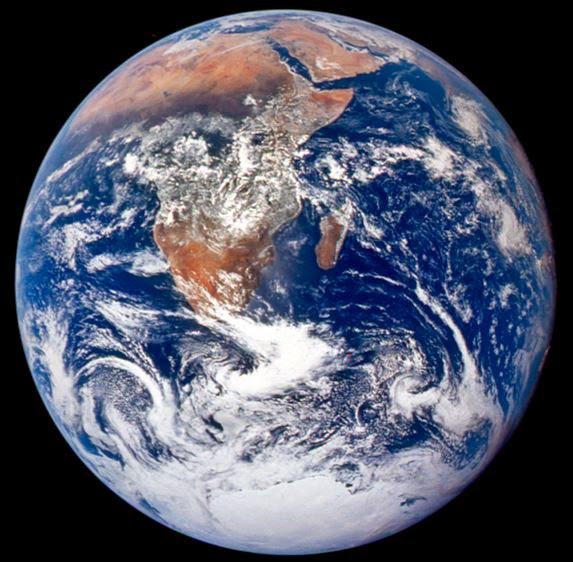 That's not all that is bothering me.  Reportedly, the current Pope celebrated Earth Day with a proclamation that "The Earth is the Source of all life for all the human Family."  Reportedly, he is on the verge of issuing an Encyclical on the issue of "global warming."  If that happens, it is discouragingly ominous news to Yours Truly.

Following the incubation and progress of "Earth day" and its "ecologizers" as I have over more than three decades, it is impossible not to see that they are headed in the direction of earth worship and then "universe worship" -- giving credit to all but the good Lord who made it and us.  Mary Jo Anderson (a Catholic writer) and I had talks about it in the past and she agreed with my analysis:  Earth Worship was definitely where they were headed.

When Catholic scripture readings are given that encompass the Book of Revelation, which happens from time to time, Revelation 14 is among them.  Those passages promise severe punishment for those who worship the "beast and his image."  The more I have studied the New Age Movement, the more I am coming to believe is that the "image of the beast" is the "Image of the Whole Earth."

It is difficult to hear Pope Francis say "The Earth is the source of all life . . ."  I hope he reviews and revises that statement.

I've spent time going through my old library trying to archive and categorize my work for the past 34 years to facilitate those who might need to retrieve it when and if the same recurring issues again raise their ugly head.  One large book in my library, ECOSCIENCE is a 1,051 page tome by three co-authors:  Paul R. Ehrlich, Anne Ehrlich AND John P. Holdren.  Paul Ehrlich and Anne Ehrlich were well known to me as the Zero Population Growth founder-advocates that they were and are.

John P. Holdren was not as familiar to me, but he is now.  He is, ironically, one day younger than me to the day.  I was born on Leap Year Day of 1944.  He came into the world on March 1st, 1944.  I decided to google Holdren and was amazed to learn that he has been prominent in far more than academic/literary circles.  Holdren is, per Google's Wikipedia summary: "the senior advisor to President Barack Obama on science and technology issues through his roles as Assistant to the President for Science and Technology, Director of the White House . . ."

According to the Wikipedia article as it is as of this writing, these were the trio's positions vis a vis population:


Overpopulation was an early concern and interest. In a 1969 article, Holdren and co-author Paul R. Ehrlich argued, "if the population control measures are not initiated immediately, and effectively, all the technology man can bring to bear will not fend off the misery to come."[28] In 1973, Holdren encouraged a decline in fertility to well below replacement in the United States, because "210 million now is too many and 280 million in 2040 is likely to be much too many."[29] In 1977, Paul R. Ehrlich, Anne H. Ehrlich, and Holdren co-authored the textbook Ecoscience: Population, Resources, Environment; they discussed the possible role of a wide variety of means to address overpopulation. These included some extreme measures, none of which Ehrlichs and Holdren advocated, such as forced sterilization, compulsory abortion, contraceptives in the food and water supply, reproductive licenses, and more.[20][30][31]

The edition I own was copyrighted in 1970, 1973, and 1977.  Curiously, John Holdren is now advising POTUS (President of the United States) on "global warming" and "climate change" issues.

I'm finishing a traumatic week -- still working on the HiJacking of Evangelicalism series.

It is 5:15 a.m.  I have been up since 4 a.m.  I'm in court for a client in distress at 8:30 a.m., so the chances of more sleep tonight are nil to nada.  I tend to sleep lightly when I know I will have to rise early.  Since I can't sleep, I'm resorting to my alternative remedies of reading and writing.

I'm watching the obscenely repeated news of insults to Christians in Indiana and Arkansas.  For those who think nothing is happening (in apocalyptic terms), I suggest you read your newspapers and listen/watch mainstream news with the prophecies in mind of war against those who "keep the Faith of Jesus and the Commandments of God".  It is becoming increasingly difficult in our Society which is now demanding we abandon biblical precepts and injunctions to "keep the patience of the Saints."  (Revelation 14:12).

I am privileged to know one modern day political martyr to forces demanding we now beatify what for thousands of years was condemned in our society -- "same sex marriage", "civil unions" and public flaunting of unclothed, unmasked sexuality, sometimes even bordering on bestiality.  Her name is Janice Daniels.  She was the mayor of Troy, Michigan until she courageously expressed her traditional Christian beliefs against blatant and open homosexuality on her Facebook page.  LGBT activists loudly howled and then successfully in a well funded effort recalled her as mayor of that important Detroit/Oakland County, Michigan suburb.

Again, as a veteran of the 60's/70's, the years I came fully of age, I must fondly reminisce about my generation, that although having its faults -- still had now largely unfashionable practices of getting married -- man to woman -- and keeping out of wedlock matters "discrete."

Probably that practice of not putting one's sexual business in another's face then wisely called "discretion" is now categorized as "hypocrisy."  Maybe in some senses it was, but it certainly made life much more livable for all. Today, we have an ugly in your face Movement and suddenly First Amendment "freedom of religion" has taken a backseat to forcing people, e.g. judges and magistrates to perform same sex marriages, to perform acts that are directly contradictory to at least the Bible I grew up with.

As unfashionable as it now seems, as I recall Creation, it was "Adam and Eve" NOT "Adam and Steve; nor was it "MADAM AND EVE."

It is now increasingly clear to me that the prophesied war is in full swing progress against believers.  The Scriptures also warned us that "my people perish for lack of knowledge."  Towards that end, I have invited and Janice Daniels has accepted my invitation to be my internet radio guest this Saturday morning at 10 a.m. on the MicroEffect network.  You can join us both live and in the chatroom by going to www.TMERADIO.com and/or www.themicroeffect.com.

I'm still working hard on the Hi-Jacking of Evangelicalism, Part VII article.  I'm currently reading E. Stanley Jones' book, THE CHRIST OF THE AMERICAN ROAD towards that end.  He was part of "the twelve" who along with Glenn Clark, Roland Gammon, Rufus Jones, Abraham (Abram) Vereide and others participated in the annual New Year's Day retreats at Marian Clark's embassy row mansion in Washington, D.C.