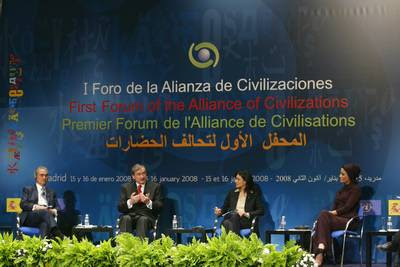 Popular radio talk show host John Loeffler will be MY GUEST tonight on www.themicroeffect.com. We anticipate a lively conversation on the "Alliance of Civilizations." Join us live and in the chatroom. If you haven't already watched Rich Peterson's excellent video presentation showing its increasingly paced war on the rights of one to believe the fundamentals of their own religion true, click here to do so. We are on 5 p.m. Pacific time, 6 p.m. Mountain Time, 7 p.m. Central time, 8 p.m Eastern time. If you are in Alaska, however, it will be on at 4 p.m.

Posted by Constance Cumbey at 4:14 PM

I have been reviewing what was left on last thread with enormous disturbed interest.

Something tells me the world is just going to watch, Iranians and other people being brutally killed and then use that as a means to curb both religious Jews and Christians.

Scientology Under Fire in the U.S. and France

why are do you not produce the mp3 of the radio shows.

There are mp3 -- I'll have to see about downloading them and then uploading them here. I do have mp3's available for downloading here of some Israel National Radio shows I did.