THESE TOP THREE PICTURES WERE ADDED AFTER READING FARMER'S LATEST BLOG. THE INTERVIEWEE IN THE STORY QUOTED BY FARMER KEPT ALLUDED TO B - I - G PLANS FOR 2009. WE WILL BE ELABORATING ABOUT THIS ON MY RADIO PROGRAM FRIDAY! 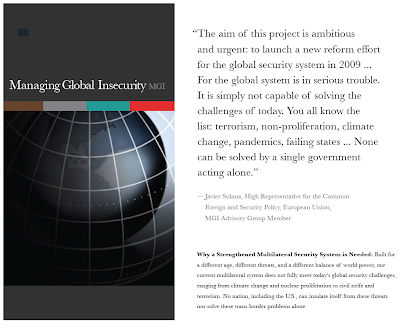 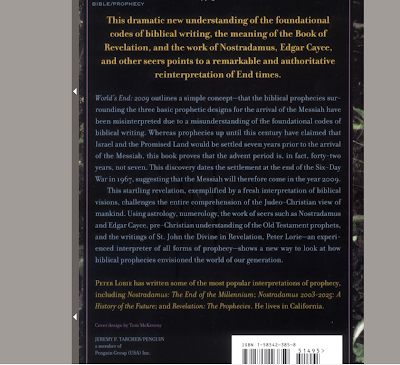 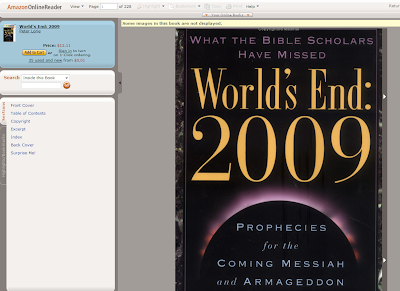 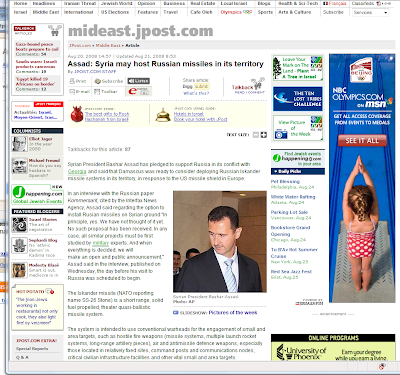 I'm working on Part III of my NewswithViews series of articles on "The Hi-Jacking of Evangelicalism." This one which will also be posted here will deal with Unification Church and its incursions into Evangelical and even Fundamentalist circles. In the meantime, Joyce directed our online attention to this and I urge you to click on this link to read the entire story. To see what is posted in full page mode -- SYRIA MAY HOUSE RUSSIAN MISSILES -- click on the picture to blow it up to full page. Thank you, Joyce! Tomorrow (Friday), Farmer (Bjorn) will be my guest on internet radio, MY PERSPECTIVE. Dorothy has posted some important links to help with following along. Thanks, Dorothy!
Oh, and before I forget, there's a new link to the right on my blogspot. That is something you can click on to get items such as the presentation I used to mail out on CD. You may burn it to CD and distribute it. I will be placing significant items thre from time to time, e.g. my Israel National Radio interviews with Tamar Yonah, etc.
So much happening. Stay tuned!
Posted by Constance Cumbey at 6:20 PM

Excellent presentation Bjorn. I would like to suggest that the information can be looked at in several ways. While one can look at these things as signs of end times, there are two other ways of viewing the information. One is that the ideas, wherever they are coming from will influence the actions of the followers, what might be called self-fulfilling prophecy. Because they think it's destiny, they will help fulfill it. If they think it is destiny that the population is to be reduced, they will justify their actions in going along with it.

Another way of reading what is happening is to see how many individuals are moving out of thinking logically and are willing to follow what more objective observers view as cockamamie ideas.

Over the years when I've told others about New Age ideas, I've often been met with, "Well, I don't think that way." I've replied, "It doesn't matter what you alone think unless you are running the world by yourself."

Line up for the answer to kidanpping - knew it was going to happen, just needed the right thing to make everyone say "yes = please"
http://www.msnbc.msn.com/id/26333685/

Careful on that one -- that was Peter LeMesurier's thinking . . . with his New Age Findhorn thinking . . . that since people expected these prophecies to happen they were a form of archetypal expectations that would become a type of self-fulfilling prophecy, , , ergo, we must stage a type of playacting to "fulfill these" otherwise, it will happen when least expected . . ."

DOUG ABOUT MEXICO
There was a guest on a Microeffect show quite a few months ago who went in and out of Mexico. He was giving the same information about the kidnappings in Mexico and how many traveled with guards. He talked about how gated communities were common and crime was rampant. I don't think we would have the same reason to accept a chip here. At the time I was concerned that the same mentality was coming across the border here from Mexico.

Hi Dorothy,
I do business with companies that are located in the city mentioned in the article. It just brings it out into the light of day and closer to the border.
In the US, the drive would be toward the elderly and infirmed
1st, that is on-going now, the children 2nd due to kidnapping amongst a few crimes that could be mentioned here and also some over zelous control type parents who want to monitor their children by the minute, in which case the non injectable monitoring chip.
Which next brings you to individuals who want to try and track some one they suspect of some personal indiscretion.
All of these activites simply prime the system and intigrate it deeper with each chip used.
Latest articles and news I have seen implies RFID is the total answer to 100% automation, tracking and inventory control. Then it just becomes a matter of what you may perceive as "inventory".

I appreciate your insight and work by the way Dorothy.

But let's all remember who is really in charge and much bigger than any group or one person...GOD.

Happy to know there are other good people fighting the good fight here in Michigan.

Hi Constance - thanks for the encouragement - I would not miss the battle :)
With your help and many others who post here, we all can be effective in many ways, thank you.

Reinforcement regarding the non injected chip

CHIP
Doug, I'm not doubting that the chip is somewhere in the picture. I just think other signals are coming more rapidly.

I totally agree Dorothy -
this one is just my forte` if you will. This is an issue I have followed many, many years.

a lament was made that the E.U. while having a common currency, lacked a common tax system.

I quote " That resulted in the French finance ministry denying it had ever devised a concrete proposal.
Regardless, such a measure would be difficult to implement for a number of reasons, economists said.
Topping the list is the fact that while E.U. citizens pay taxes collected by their national governments, there is no such thing as an E.U. taxpayer. In other words the European Union has no fiscal authority.
"The problem there is that French taxpayers don't want to bail out Swedish banks, or British banks even more pointedly," Begg said. "If there were a European taxpayer, it would be easier to emulate what's going on in the U.S."

It would appear the next phase of Eoropean Unification is being ramped up. A common 'purse' implies a common 'purse holder' and like the historical Judas Iscarriot, we know the kiss comes next.