Cliff Kincaid will join me in the morning on internet radio

I am honored to have Mr. Cliff Kincaid, political commentator, par excellence, as my radio guest tomorrow morning.  We are on the air, www.tmeradio.com and/or www.themicroeffect.com from 10 to 12 Eastern time which translates 7 to 9 a.m. Pacific time. 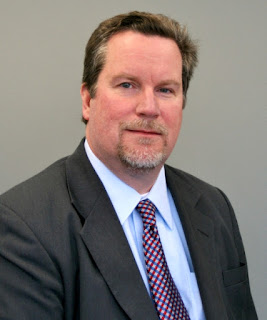 Cliff has deep concerns about Al Gore and his recent half billion dollar sale of his television network to Al Jazeera, the Middle East television news network.  That is one of the things we will be discussing in the morning.  Cliff is scheduled for the first hour, from 10 to 11 a.m.

Posted by Constance Cumbey at 3:42 PM

Thank you. I hope to tune in.

well, Praise Jesus, I am listening to you for the first time.

Great interview (but that music especially the quick sawing primary part rips my nerves and brain and ears).

The alliance with Moon for political reasons was a real bad idea. It gave him more access to religiously neutral and Christian nominal types who see things in terms of economics and culture and not theology.

Moon should have been left to go do his anticommunism on his own. This alliance undermined credibility of anticommunism with many, and it is the same kind of alliance mindlessly making anticommunism a religion in itself, that resulted in the massive infiltration of the US intelligence and other elements by Nazis after WW II.

The Internet of all things is a really bad idea, this is a recipe for disaster with hackers, viruses, system grid failures, etc. etc. and I think that people who are not impressed with worries about the NWO or the antichrist could be gotten to fight this on this pragmatic basis.

Senators John McCain (R-AZ) and Chuck Schumer (D-NY) said on Thursday they back a plan to force all Americans to use a biometric Social Security card as part of a "comprehensive immigration reform" scheme that will be used to legalize millions of illegal aliens.

"I'm for it," McCain told a Politico Playbook breakfast earlier this week when asked if he supports "a super Social Security card that would have some sort of biometric thing like a fingerprint." —

A bit back someone asked about Alinsky tactics. I would recommend getting the Beverly Eakman book, Cloning of the American Mind. It has sections describing the tactics and how to counter them. There may be better books, but I've not seen them.

Sorry I missed it. Caught up in my seminary research paper on Leviticus.

Thanks Christine and everyone for the comments and I hope to read more of what you think of this what-sounds-to-be-a groundbreaking interview.

The Lord bless you and keep you.

Here is an excerpt from David Smith, technology correspondant from The Guardian's Observeser section:

"'If you draw the timelines, realistically by 2050 we would expect to be able to download your mind into a machine, so when you die it's not a major career problem,' Pearson told The Observer. 'If you're rich enough then by 2050 it's feasible. If you're poor you'll probably have to wait until 2075 or 2080 when it's routine. We are very serious about it. That's how fast this technology is moving: 45 years is a hell of a long time in IT.'"

Here is a link to the entire article:

big problem about downloading your mind into a computer. While this may help those who want to keep your skills around, will this really mean YOU continue to experience life from inside that computer? Will YOU FEEL and know interact? or will you be in the afterlife, and people playing with a very realistic copy of you?
That is probably all that will happen.

When someone talks to "you" on that computer, will YOU who went through the brain connection download and then death, know the statements made and answer them? or just something that is very like you?

No one seems to even ask this question.

Christine you are awesome n you AMAZE me with your brilliance

Katherine Albrecht is willing to do a show with me. She might require pre-taping because she has time issues with Saturdays. I am checking with Joe McNeil to see if we can pre-tape maybe an hour with her and then open lines to discuss.

How long before we are their targets?

Dog chipping will be required by law in UK by 2016.

I have to take issue with Kincaid's page re Bradley Manning. The presence of security endangering details in the email releases to wikileaks is of course not good, and he should have edited them out or left out the ones containing them, considering the bulk involved it should have been doable.

But the reason he should be supported is his revelation of unAmerican behavior, atrocities and
the twofaced games among the diplomats etc. Manning is a pervert, yes, but while that may have or may not have played a role in the security issues anyone could have taken action releasing the embarassing stuff. It is VERY unfortunate that he is a pervert, because what right he did do will be taken to the credit of the supposed moral superiority of gays by their propaganda machine.

Right now, Al Qaeda is being supported by US govt. and money and weapons in Syria and elsewhere, and the reason that fellow Stevens got killed was probably because he knew too much about weapons transfers to them and other embarassing stuff, and thus an incident of use to neoconservative warhawk and multinational corporation govt. above govt. interests was accomplished, which also eliminated a possible security leak.